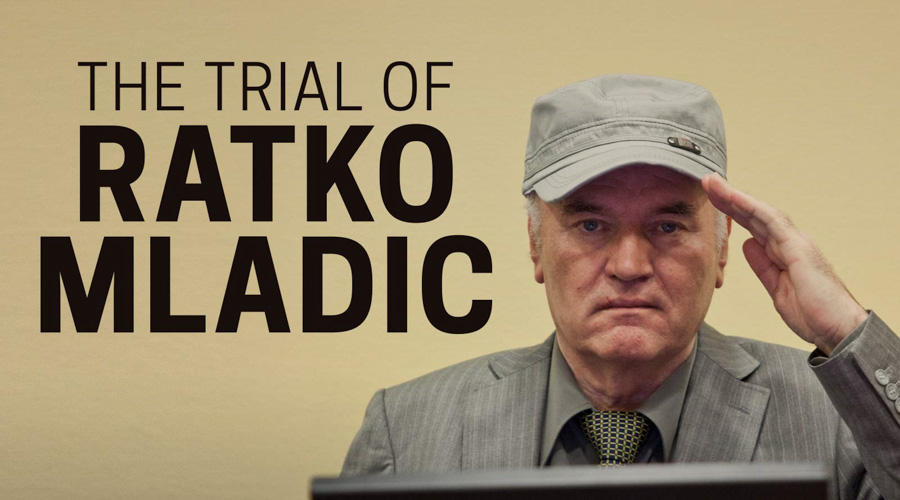 The Trial of Ratko Mladić

In honour of Human Rights Day 2019, the Embassy of the Kingdom of the Netherlands cordially invites you to the viewing of:

The Trial of Ratko Mladić

Filmmakers Rob Miller and Henry Singer shed light on the war in Yugoslavia from two angles, by not only speaking to the public prosecutors and visiting victims and witnesses but also interviewing Mladić’s lawyers, supporters and family members, who consider him a patriotic hero. In doing so, the film raises questions about the International tribunal itself – it is possible to achieve justice through a fie-year trial if it won’t bring back the dead and the accused refuses to even acknowledge the verdict? Shocking, portent images in archive news footage remind us of the absurd and gratuitous cruelty meted out in this dirty war, whose battles are still not over.
The documentary-film will be shown on Monday 9 December at Ciné Utopia, 16 avenue de la Faïencerie, L-1510 Luxembourg and is free of charge.

Feel free to invite your partners, friends and colleagues as well. Registrations are required and can be submitted to lux-events@minbuza.nl (before 4 December)